Jordi Torres and hometown hero Leandro Mercado have raced to top 10 finishes at the Circuito San Juan Villicum in Argentina for the 12th round of the World Superbike championship. With controversy surrounding the race weekend because of question marks about the condition of the circuit and the grip levels on track due to dust and debris, both Torres and Mercardo saw no problems with the track conditions during practice and were both focused on bringing home great results for the weekend. 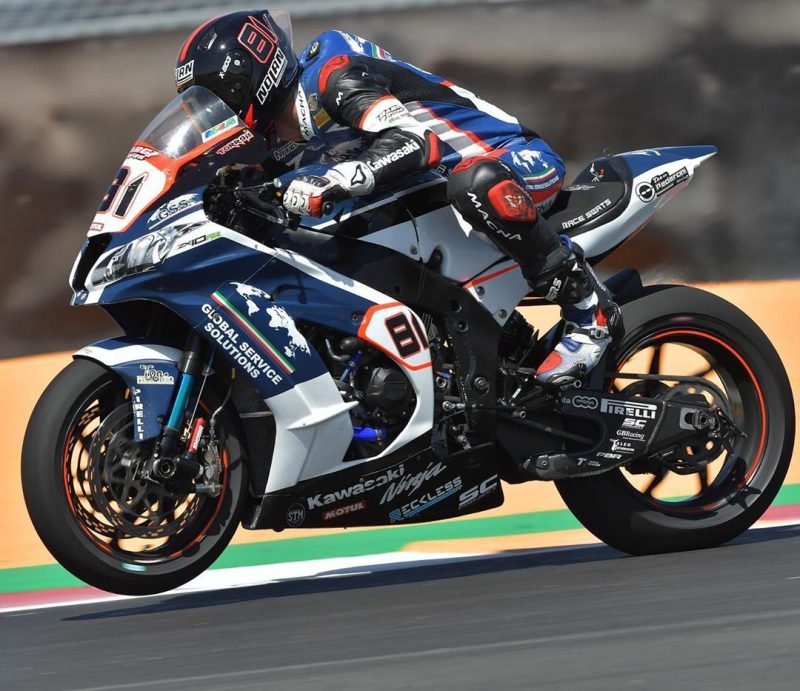 Torres on track during Round 12 of WSBK in Argentina

In race 1 it was Torres who would work his way forward from his starting position to cross the finish line in 8th spot, closely followed by Mercado in 9th who had had his struggles in the practice and qualifying sessions. The Superpole sprint race which would set the starting positions for race 2 of the weekend was a thriller for both Torres and Mercado, with Mercado coming from last place on the grid to finish in 10th after a great ride in tricky conditions, with Torres closely following him across the line in 11th, narrowly edging out Leon Camier. Mercado maximised his starting position in race 2 to put in a great ride to finish in 8th, with the adoring home fans cheering him on every lap of the race. Torres also rounded out a solid weekend of racing to finish race 2 in 9th, and more than happy with his weekend’s results. With just the Qatar round remaining in the 2019 WSBK championship, Torres sits 12th in the championship standings, while Mercado sits in 15th. Both Macna riders now look ahead to that final round in Qatar in two weeks time.