The 2019 MotoGP season is now in the books after a riveting final round in Valencia. Cool conditions across the weekend made bike set-up difficult for riders and teams, with a lot of riders struggling for grip from the very first practice. Marcos Ramirez showed that the cool conditions didn’t interrupt his great run of form, topping the time charts in both Free Practice 1 and 3, and went straight through to Q2 on the back of the third fastest time in Free Practice 2. Filip Salac also looked to finish his rookie year off strongly, showing good speed across all 3 practice sessions, which included the second fastest time in Free Practice 1. Jakub Kornfeil was left battling the cool conditions, struggling for rear grip regardless of the bike changes that were being made. Being his last ride for the PreustelGP team, Jakub focused on putting in a strong performance to go out on a high after 3 years with the team. 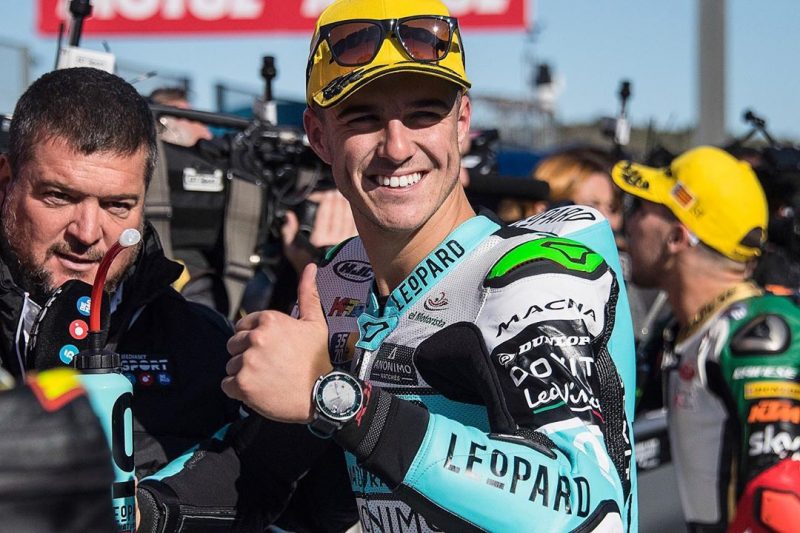 Saturday afternoon qualifying for Moto3 saw lone Macna rider Jakub Kornfeil attempting to get through to Q2, with Salac and Ramirez already through. Unfortunately for Jakub, the rear grip issues plaguing his KTM continued, and he could only manage 15th fastest in Q1. Ramirez and Salac rolled out for Q2 looking to establish themselves in the qualifying session by setting a fast time early, but it would come down to the final few minutes of the session and with riders all going out on fresh tyres to decide who would start from pole for the final race of the year. Ramirez looked to time his run perfectly, getting a break from the main pack and laid down a 1:38.957 lap time to top the charts and hang on to provisional pole as the chequered flag came out, but it wasn’t quite good enough as that time was marginally eclipsed by Andrea Migno, which meant Ramirez would start Sunday’s race from the middle of the front row in second spot. Salac’s speed that he had shown in practice continued through in to the qualifying session, with the rookie Moto3 racer securing a second row start with the 6th fastest time. A fantastic, and confidence inspiring result for the young rider.

Sunday’s Moto3 race was action packed and full of drama. It all started on the sight lap, with a bike dumping oil on the exit of a turn, meaning a large cleanup operation was required before the racing could commence. After the short delay, it was lights out and racing was underway with Ramirez getting a great start and leading in to the first turn. After battling for position, Ramirez cemented his spot at the front of the field on the first lap and looked to break away from the following pack, which was made easier when a rider behind him crashed, highsiding on the exit of a turn, causing other riders to take evasive action and losing time. By the third lap Ramirez had broken out to a 1.5 second lead, while Salac was well entrenched battling with the leading group, when further back in the pack a big crash caused by a rider highsiding which brought a whole bunch of other riders down saw the race red flagged. Due to a rider requiring medical treatment, and more track cleanup required, a long delay ensued. With the riders back on the grid awaiting a re-start, teams were working frantically on bike set-up and assessing their tyre compound choice after the 3 lap stint, while the downed riders who were able to make it back to the pits were having their pit crew scrambling in attempt to have their bike ready for the re-start.

Whilst teams and riders awaited the re-start, MotoGP Race Direction announced that the Moto3 race would now be shortened to 15 laps. When the lights went out for a second time it was Ramirez once again who got a great start leading the riders in to turn 1 and exiting turn 2 with the race lead. Salac repeated his efforts to be right up towards the front of the leading pack behind Ramirez, but Ramirez was not able to break away this time, as the top 7 all battled for the lead. With the laps winding down on the final Moto3 race of the season Ramirez was pushing hard to stay at the front of the pack, but a mistake forced him to run wide which cost him a lot of time, and saw him drop to the back of the leading group and with little chance of finishing the season with a race victory. On the final lap it was a battle between 5 for the race victory, with all riders pushing the limits of traction in an attempt to cross the finish line first. Salac made several bold attempts to pass the riders in front in pursuit of a career-first podium, but it wasn’t to be as he crossed the line with a career best 5th place finish. A stunning ride for the young Turkish rider in his first season of Moto3. Ramirez’s costly mistake saw him come home in 7th, but did enough to secure 3rd place overall in the championship standings. A fantastic effort in a year that saw some terrific highs with pole positions and race victories. Jakub Kornfeil battled with his lack of grip and even though he started from 29th on the grid, managed to climb up all the way in to a point scoring position, finishing 15th. With this ride Kornfeil was also able to secure the Dunlop Forever Forward award, awarded to the rider who made the most passes across the season. Jakub very much earned this award with his never give up attitude and his desire to win. Very well earned and a great way to finish the year for Kornfeil. 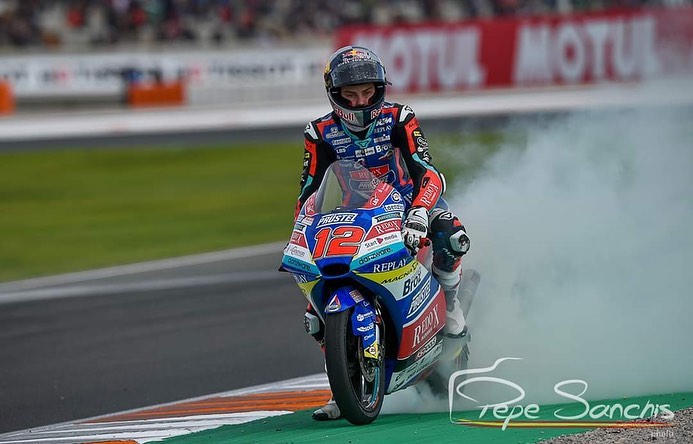 For the final Moto2 race of the season, and potentially his career, Andrea Locatelli was determined to have a strong finish to the season for both him and his ItalTrans racing team. Andrea made strong progress with his bike set-up across the weekend, and with some great laps in Free Practice 3 secured a spot directly in Q2, which would see him battling for one of the first 18 spots on the starting grid for Sunday’s race. Locatelli did enough to secure the first spot on row 5, in a position to well and truly battle for a top 10 finish. Unfortunately the race wouldn’t go to plan for Locatelli, with some mistakes and an inability to match the pace of the top guys in conditions that were not conducive to high levels of grip, Andrea battled until the last lap, and crossed the finish line in 20th. The departing ItalTrans team rider spoke about how grateful he was for the opportunities he had been afforded in the MotoGP paddock, and now focuses on his move to World Supersport for the 2020 season.

While the 2019 season may now be concluded, there is no time for rest as season 2020 is only just around the corner. Macna will continue to expand it’s racing program, so stay tuned for all the racing news and announcements over the coming months. We’re excited about what’s to come in 2020. 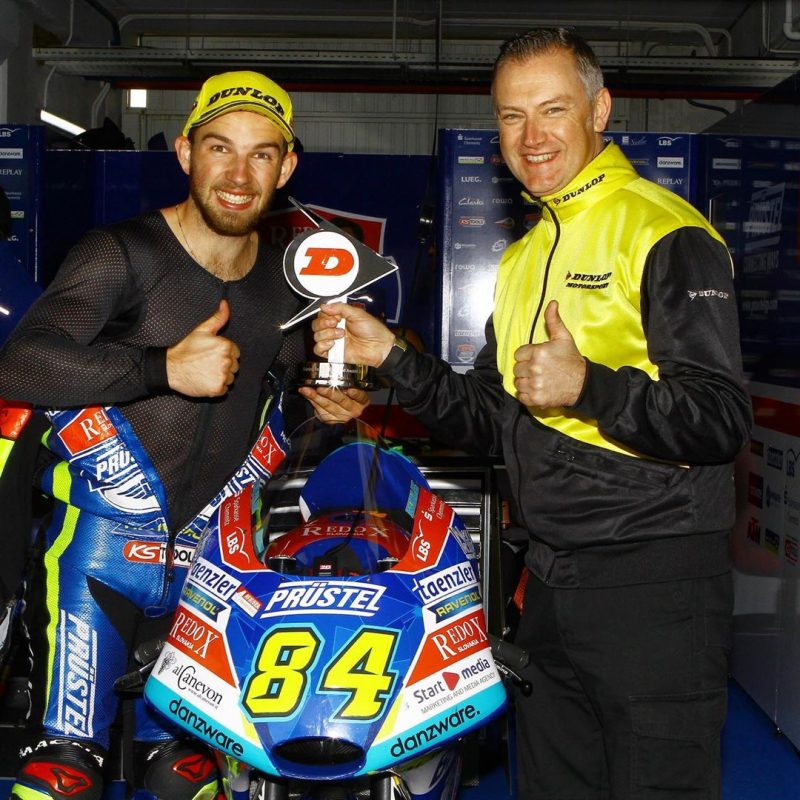