16 year old Oli Bayliss has kickstarted his attack on the 2020 ASBK Supersport Championship in great fashion after securing 2 race victories and a second place finish to secure the round victory and leave Phillip Island with the championship lead.

In what was an extremely busy weekend for young Bayliss after committing to race as a wildcard in the WorldSBK Supersport class, the extra track time clearly paid dividends for Oli Bayliss with a pole position secured in timed qualifying before converting that pole position start in to his maiden ASBK Supersport race victory in Race 1 on Saturday. Oli’s great form continued across the rest of the weekend with a second place finish in Race 2, before going on to win Race 3 on Sunday which resulted in the overall round win and the championship lead heading in to Round 2 at Wakefield Park in NSW. 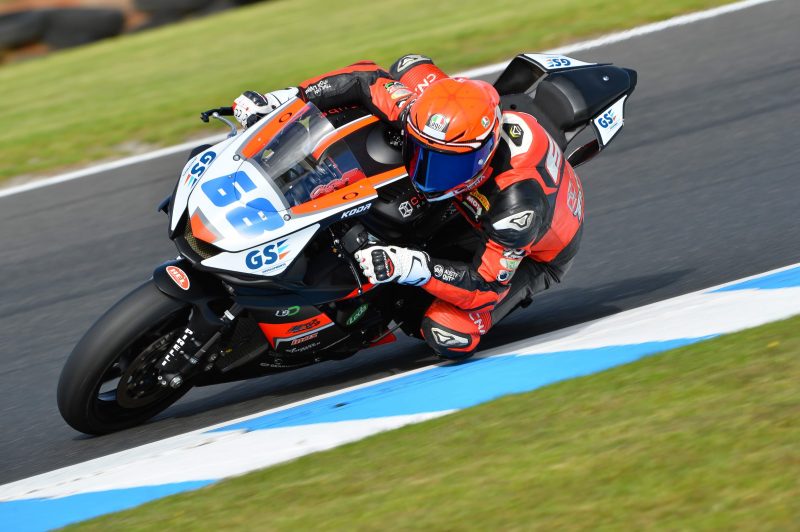 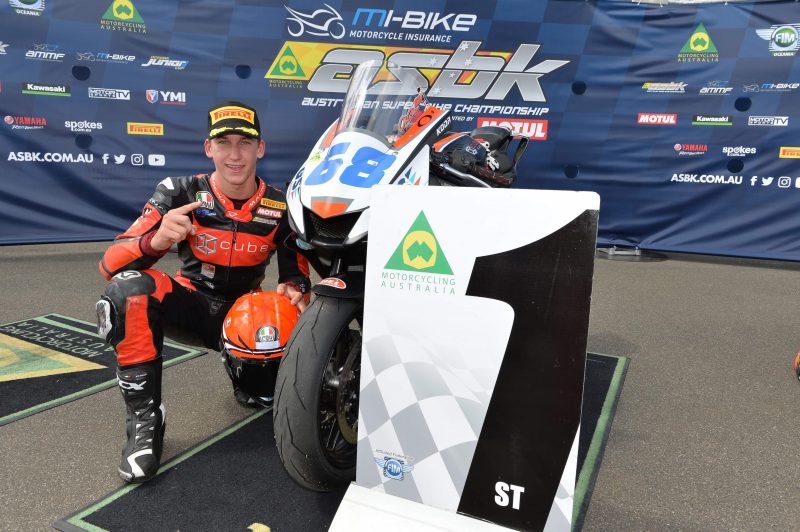 Oli Bayliss is a Macna supported Athlete for 2020 and races in Macna leathers and Macna Track R gloves.