In what was the penultimate round of the Moto GP World Championship, the highs and lows of racing the Moto GP Championship continued for Macna riders on the weekend. Sepang, Malaysia was the location for the last of the fly away rounds of the championship before heading back to Europe, and the high speed, fast, flowing circuit always brings about great racing in all classes.

Marcos Ramirez came in to the weekend on a high after a great showing at Phillip Island for the Australian GP, and was confident of continuing his run of form and finishing the season strongly. After laying down consistent laps in both practice sessions on Friday, Ramirez set about replicating his efforts in Australia on Saturday by being the fastest man on track. At the conclusion of Free Practice 3 on Saturday morning Ramirez was second quickest, just 6 hundredths of a second behind Japanese rider Tatsuki Suzuki. Qualifying was what mattered though, and the 15 minute Q2 session would determine the starting grid for Sunday’s race. The battle for pole went very late in the session as the times at the top of the chart continued to tumble, and it was Ramirez on his last flying lap of the session who would take pole position, making it back to back pole positions for the young Spanish rider. A great achievement for Ramirez and the Leopard Racing Team. 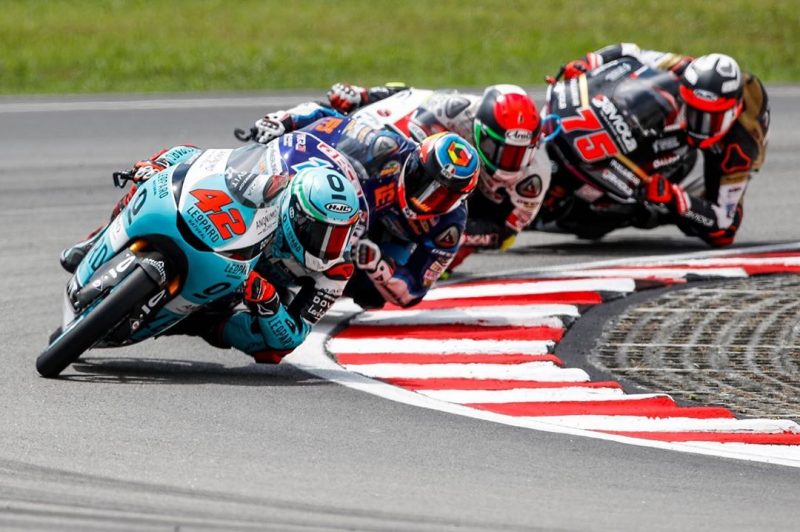 Things didn’t quite go so well for the Redox-Preustel GP team riders Jakub Kornfeil and Filip Salac, with Kornfeil struggling with bike set-up all weekend, lacking corner exit and straight line speed, leaving him well off the pace of the guys up front, while Salac crashed in Free Practice 3, leaving his team with a big job to have his bike ready for Qualifying. The team put in a great effort to have Filip’s bike ready to go for Qualifying and both Salac and Kornfeil attacked the Q1 session, but could only manage 12th and 13th respectively, leaving them to start Sunday’s race from 26th and 27th. Both faced a very tough challenge to get in to the points on Sunday.

Sunday presented extremely hot and sticky conditions for the Moto 3 riders ensuring the race would be as much about managing tires as it would anything else. Pole sitter Marcos Ramirez got a great jump when the lights went out to commence Sunday’s race, and was right up the front as the race began to settle in the first few laps. On lap 6 that all changed for Ramirez though as up front Gabriel Rodrigo had just taken the race lead and while exiting turn 4 suffered a huge highside, which also took down Tatsuki Suzuki and Alonso Lopez, and forced Ramirez off the circuit. While he managed to stay on 2 wheels, he had lost a bunch of positions and time to the leading group, and would need to fight his way back towards the front. Salac and Kornfeil were left to come from the back of the field after their struggles across the first 2 days of the race weekend, and with a number of riders going down in the early laps of the race, were both pushing for points scoring finishes. In the closing stages of the 17 lap race Marcos Ramirez had worked his way back towards the front and battling with the lead group, while Salac and Kornfeil had worked their way up to 12th and 13th, a fantastic effort for both riders. Things came unstuck on the last lap of the race for the battling duo though with Salac running wide, which forced Kornfeil off the track, losing positions he had worked so hard for. When the chequered flag waved it was Ramirez’s team mate Lorenzo Della Porta who would take the win, with Ramirez finishing in 6th, while Salac would hang on for a 13th place finish, and Kornfeil crossing the line in 17th and just outside the points. Ramirez now sits just 1 point shy of 3rd overall in the championship with 1 round remaining. Kornfeil has managed to retain his 13th place overall in the championship standings after not scoring any points from the race, while Salac sits in 24th overall. 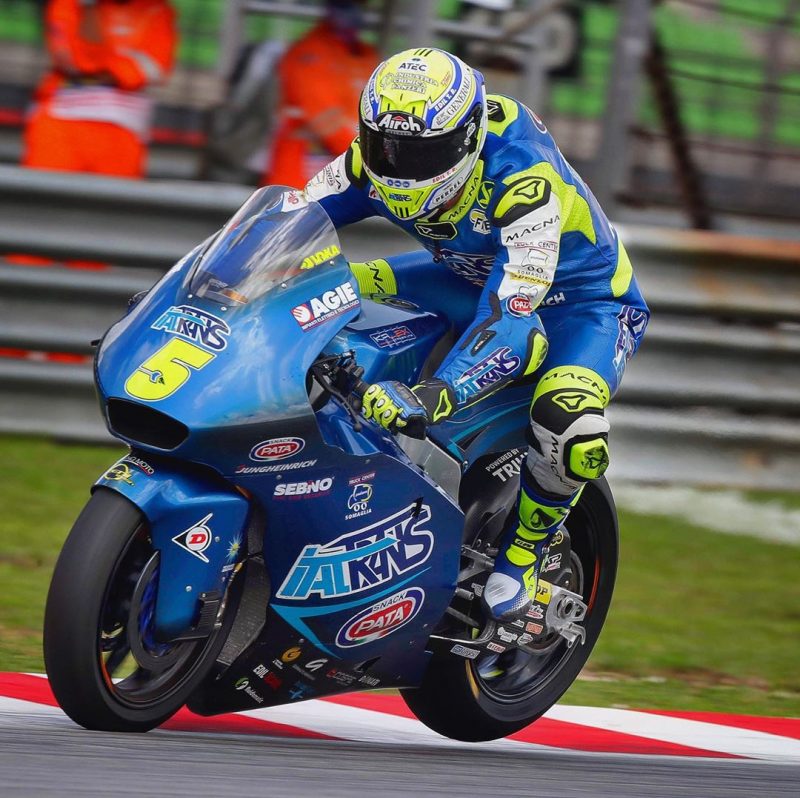 In what was another tough weekend for Moto 2 racer Andrea Locatelli, it was bike set-up that him and the team struggled with all weekend, struggling to match the pace of the lead riders. Most of the problems revolved around front end grip and feel, which at a high speed circuit such as Sepang, was vital to being able to put in fast lap times. Andrea was unable to progress out of Q1, finishing 6th in that session, which would see a 19th place start on Sunday. The weekend was made even tougher for Andrea and the Italtrans racing team after a crash in the Sunday morning warm-up meant that a serious repair job was required just to make the race on Sunday afternoon. Starting from 19th and struggling for confidence on the bike, Locatelli focused on riding his own race and pushing as much as possible without risking the chance of a huge crash. Locatelli would finish the race in 16th and just missing out on more championship points, but was happy to finish and credits his team for the great job they did all weekend.

All 4 riders are greatly looking forward to the final round of the year in Valencia in 2 weeks time to wrap up the 2019 Moto GP Championship. 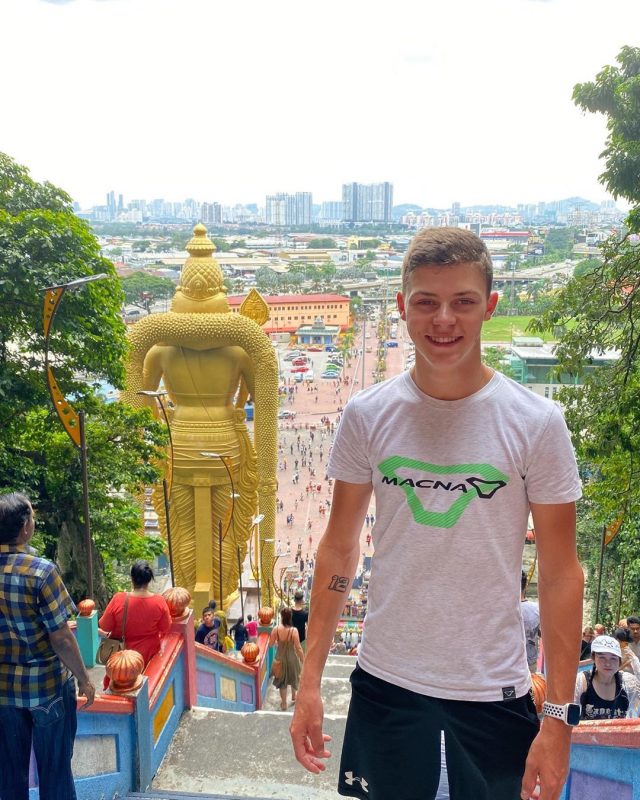